The Mouse is the Hardcore mode version of Melted Mickey in Five Nights at Treasure Island 2: The Reopening.

He is a highly advanced version of Melted Mickey. But his head comes off.

He is just a head when you first see him in the Lounge, and the second place he goes too. The rest of the time he is a full body, and you need to shut off the third camera to prevent him from finding his body.

He also moves once you check the room he's in, and is very fast. 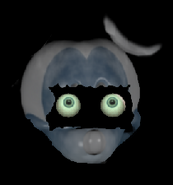 The Mouse when he is only a head. 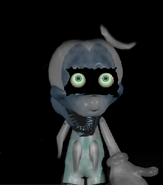 The Mouse.
Add a photo to this gallery
Retrieved from "https://five-nights-at-treasure-island-rp.fandom.com/wiki/The_Mouse?oldid=17570"
Community content is available under CC-BY-SA unless otherwise noted.